Story behind my first ever pull request 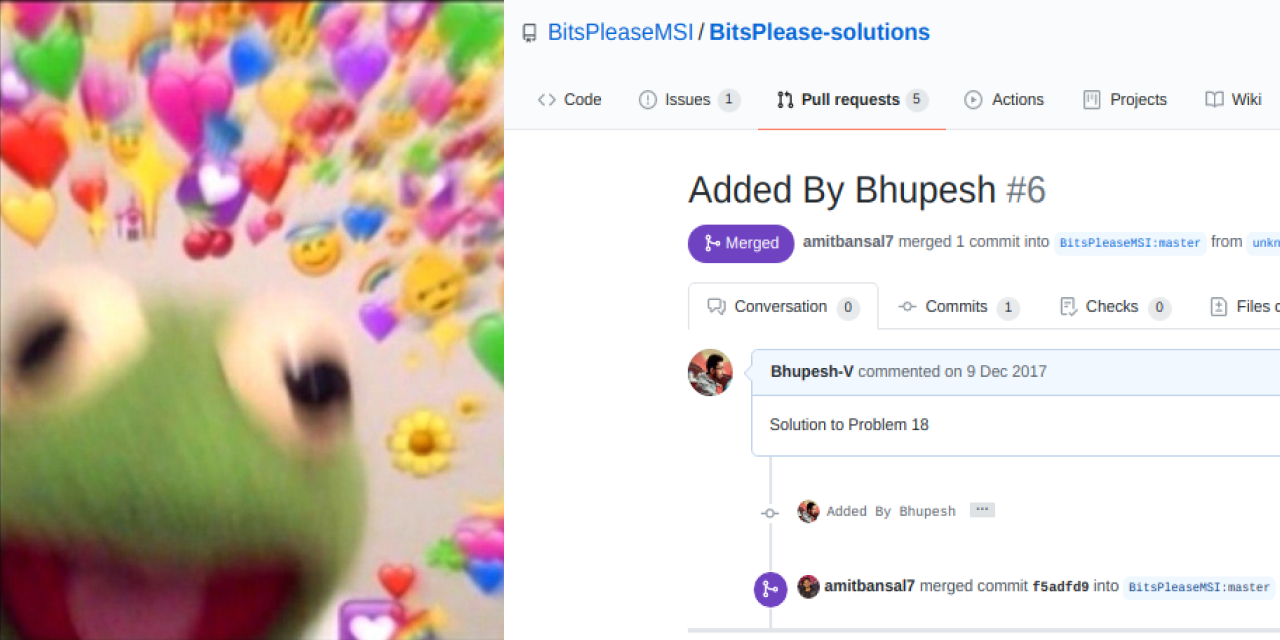 It’s the month of opensource so I thought why not share how I made my first pull request in Dec 2017 (& try to remember) what went down for my first ever contribution on github.

So when I was in my high school (12th grade), I knew there is something called GitHub, and software developers are on it (it still says this, 50 mil devs 😮 jeez!) I was curious so I quickly signed up. But damn I understood nothing about it !!, everything was new (& confusing), it asked me to create my first repo but I don’t know what does that even mean. Anyways I forgot about it after a few weeks & started to focus on my studies (board exams in India are a sport in itself)

Fast forward a few months, I enrolled in GGSIPU and took BCA as my undergraduate degree.

I realized college education is nothing fancy. It felt like a school for a few months. Where are those cheerleaders? huh. Fuck you movies.

No kidding, although the transition from high school to 1st year in college was a rollercoaster, it helped me grow as a social h00man.

I got to know that one of our seniors had started a Tech Society called BitsPlease (it was a year old when we knew about it), I took the interview with a few of my other friends and got selected in the society. Our first task or so as dictated by our senior was to solve coding challenges listed on the society’s website.

Everything was new to us, although it was an easier transition for me because I used to binge on HackerRank during highschool (I read some software dev’s interview on a newspaper, he suggested a few websites to practice, hackerrank caught my eye).

I found the newspaper article where I got to know about HackerRank for the first time, (yus I used to cut important things from the newspaper 👀, want to see my collection ?) this article helped (and motivated) me in a lot of ways.

Note that back in those days I didn’t use to have a working internet connection, so I used to go to this nearby café (1 min distance) to do random stuff on the Internet. Well, to be honest, I used to study C++ there in 12th (surprise ! I am no self-taught programmer) then quickly I started getting along with my mentor, sometimes I used to end up teaching others. I remember I took my mentor’s place for some time. It was probably my go-to place if I was bored. Almost every evening I used to go there.

For people curious about what I used to teach, it was basically like a computer training institute everything from MS office suites to basic computer science was taught there. I was teaching kids about computers and some grown-ups about Excel & HTML/CSS.

As mentioned earlier, we had to solve programming problems. I choose this one probably because it was an easier one ;). I wrote the question in my notebook and went home. The next morning I solved it using C++. As far as I remember, I used to have Dev C++ as an IDE. Now ofc you could be asking why I didn’t solve the problem straight in the café (it was easy right ?), well the environment was not comfortable constant chattering of people. Moreover, I wasn’t paying them for Internet usage. Moreover, I find myself more productive at my home (do you too ? tell me in the comments).

I transferred the text file to my Pendrive, then in the evening I went to the café, inserted the pd into one of the PCs. Now I really didn’t know how to contribute, I searched and found a blog which had step by step instructions, followed it by heart, and successfully made a PR. I clearly remember I did it in the first try (No fuckups) and, No I didn’t use git bash. GitHub’s web interface was well enough.

Now ofc I didn’t contribute to that big OSS project, which is making a difference in people’s lives but it was enough for me to headstart my github journey and learn something new. I am still on this path.

It’s been 3 years since then, I was in my first year when I made that PR, and now I have completed my under-graduation. During this time I learned and shared a lot. I ended up maintaining the tech society for quite some time in my college.

I want to thank my senior, Amit (if he is reading this 👀) for letting me dive in opensource and also my first ever programming mentor, Rahul from whom I learned C++ and OOPs and a lot of different things. Thanks a lot, both of you.

I still have a lot to learn. I will be sharing what new things I do right here on my blog or on my twitter.

Anyways “How did you feel when you made that first PR?, A faster beating of heart 💓, No ?” 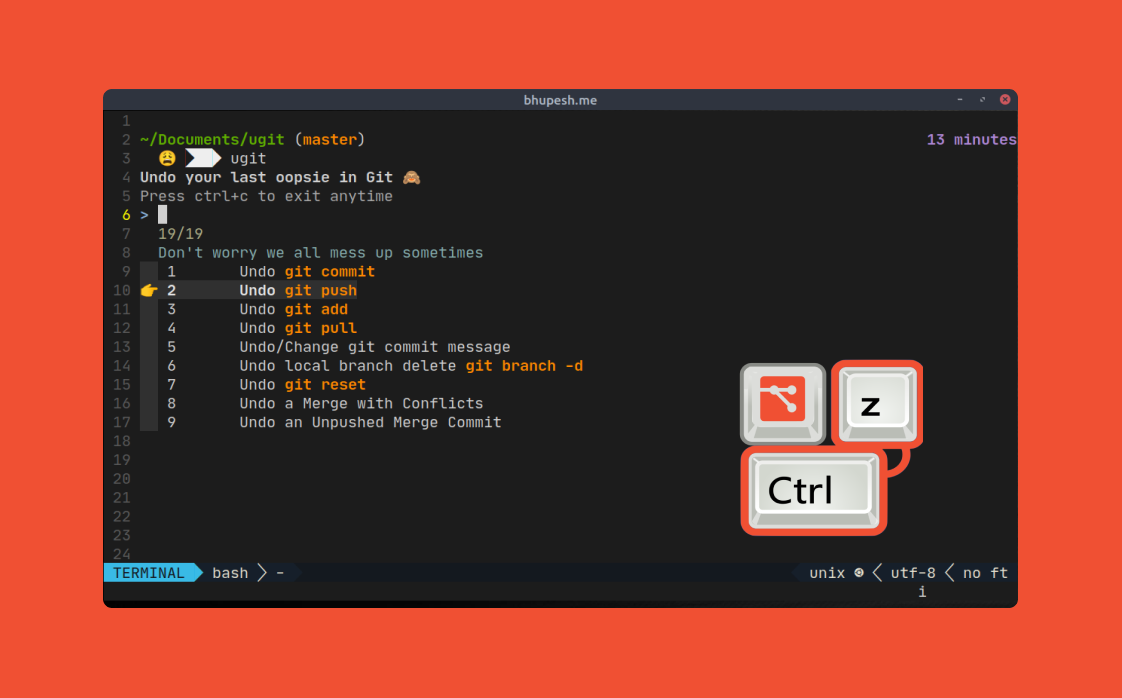